Tolga is located near Atherton, on the tablelands, around an hour drive from Cairns.
There is also an awesome new playground here in Tolga too! 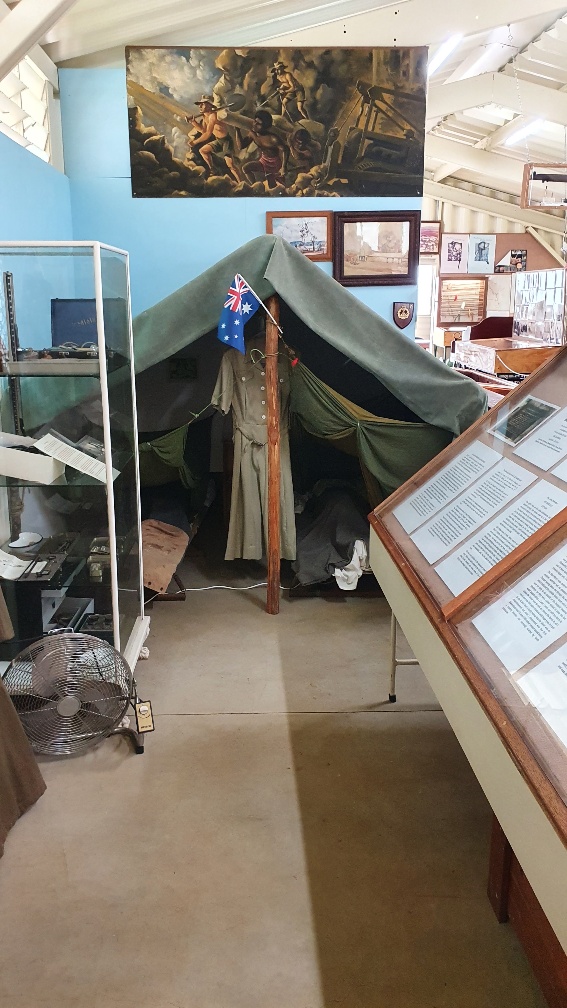 The Tolga Museum is an excellent tribute to the men and women that served our country in World War 2.

A visit to the museum will have you questioning how much you know about Australia’s past, and you won’t believe how significant the area was for our armed forces during the second World War. 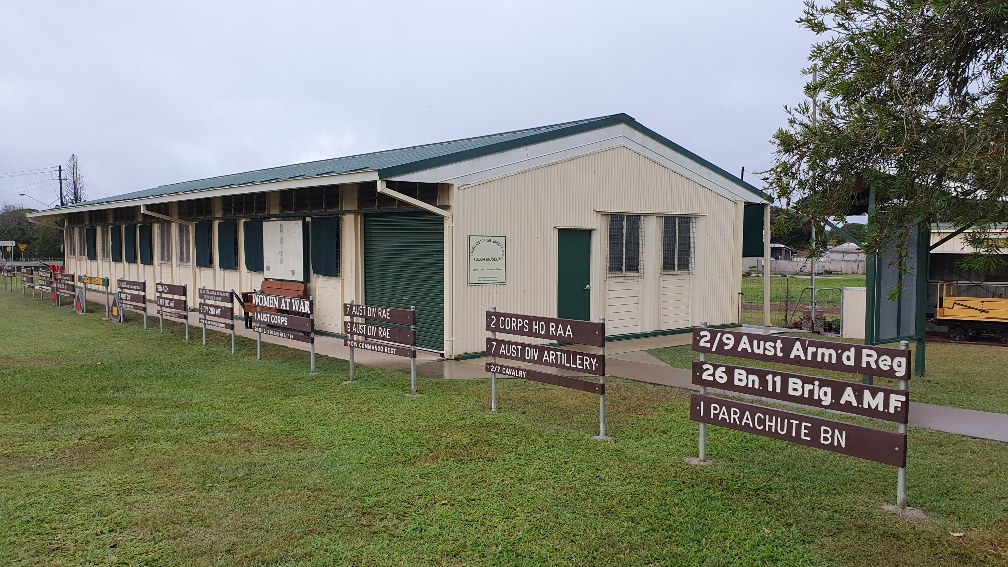 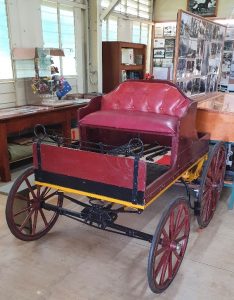 When you arrive at the museum you are greeted by brown signs for army training areas in front of the war memorabilia hall.

Up to the left is the old train station which houses a display of times gone by in the local area from indigenous artifacts to old farm relics and trophies from local legends.

Once you start talking to the volunteers, you will be amazed at what a colourful history this small area has, from famous horse trainers to beauty queens and everything in between. 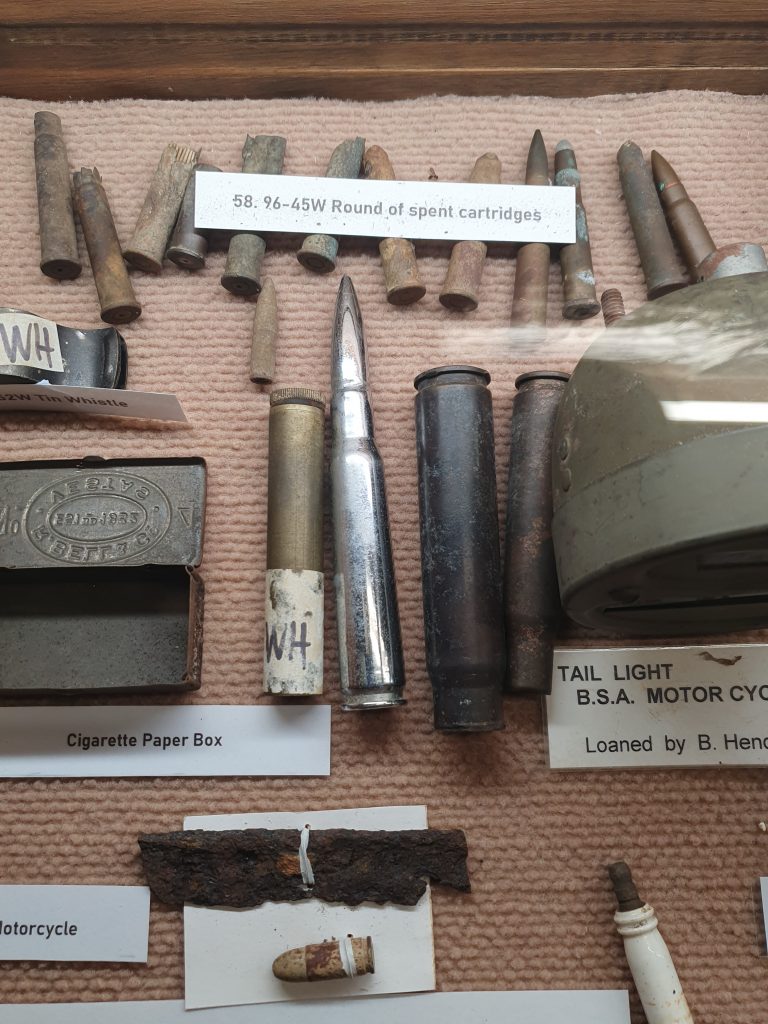 The war display is impressive with many photos, maps, ammunition displays and news articles that cover WW1, WW2 and also Vietnam.

The tablelands became the largest military base in Australia in the early 40’s with soldiers being posted to camps around the area, data suggests that as many as 100,000 soldiers spent time on the tablelands during WW2.

The largest Military hospital in the southern hemisphere was just up the road from the museum at Rocky Creek, the 3000 bed hospital treated over 60,000 patients during the war. 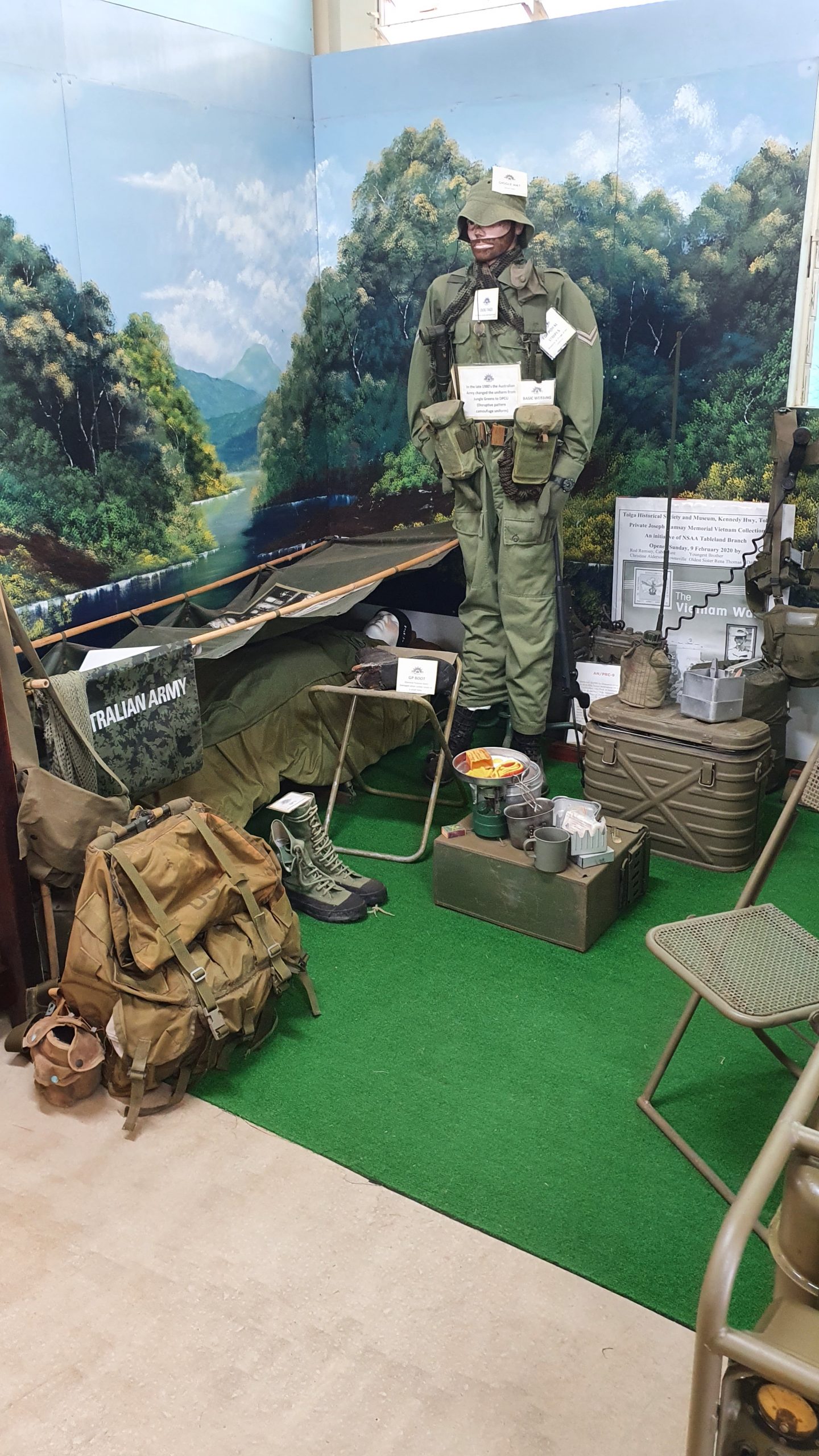 The museum has some old photographs of what the area would have looked like back in the day as well as a set up of one of the small tents the nurses would have slept in. When you drive around today there is a lot of farm land and it is very hard to imagine the tent cities that would have existed and the volume of soldiers that would have occupied the area during those war years.

Many reminders from the past do still exist; in Atherton you will see a few of the old igloos (war halls) dotted around town – the show ground being the most noticeable. There is a refurbished igloo across the road from the Rocky Creek Memorial Park just north of Tolga, this igloo was used as an entertainment hall for the soldiers and regular functions are still held there today including old time dances. 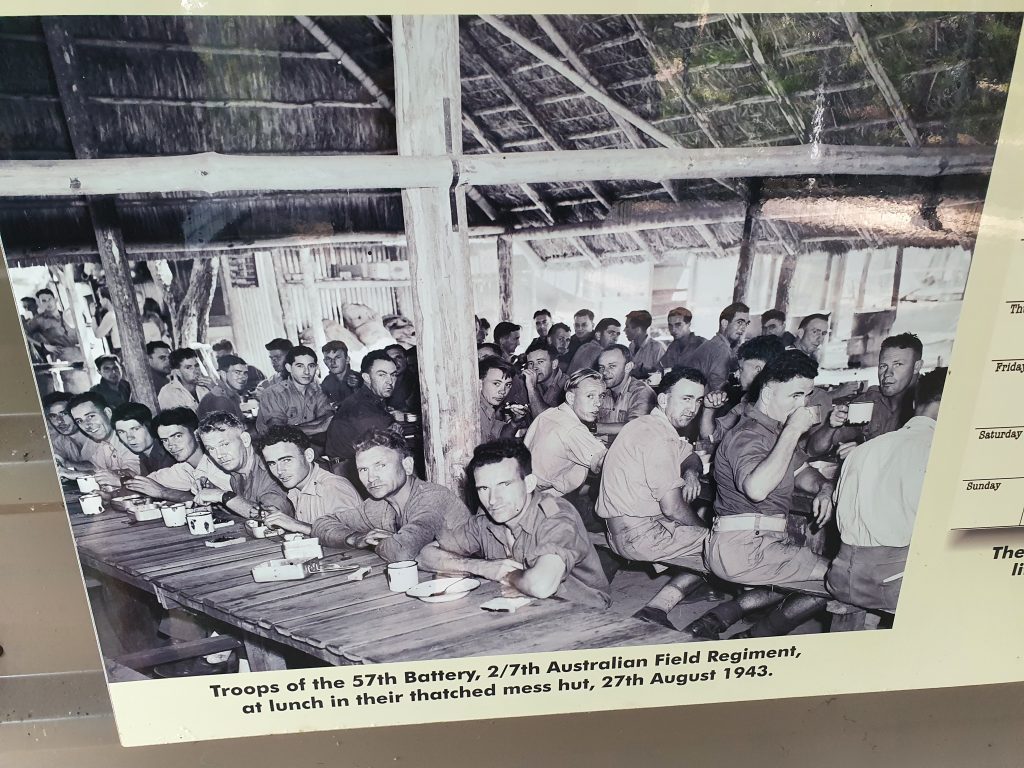 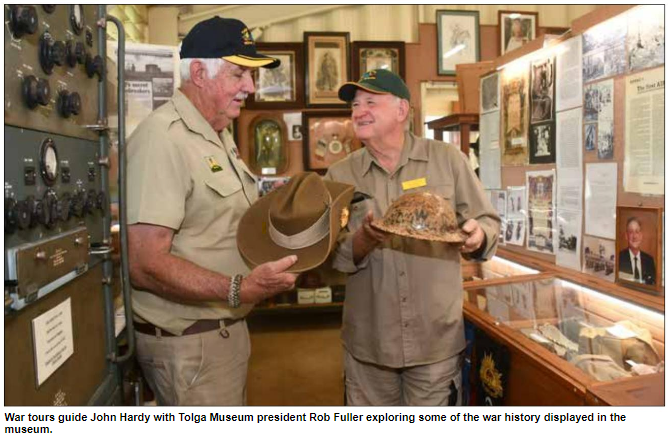 The volunteers at the museum are full of knowledge and can direct you to other points of historical interest around the tablelands.

They are happy to tell you about the camps that were out at Tinaroo before the dam was there and also as many of the volunteers have lived in the area their whole lives they have amazing stories of what war relics have been dug up while doing the gardening or during roadworks.

Every Australian should drop into the Tolga museum to gain a great appreciation for the men and women that fought for our country. The history that this area holds is simply incomprehensible until you read the stories and see the pictures at the museum.

A War Tour is run on Wednesdays during June and July and is well worth the $50 fee.

NOTE FROM THE MUSEUM:
War Tours are run on a weekly basis (every Wednesday) for a limited time. Please contact the Atherton Visitor Information Centre on 1300 366 361 to book.
Please note that whilst the tours visit the Tolga Museum, we do not take bookings or provide information regarding the tours.

Hi guys, went up to Atherton to do some research into my Great Uncles time in the war and WOW! If you have not been up to the Tolga Museum you are really missing out.
The volunteers are so passionate and really know the areas history. I can’t believe I didn’t know how significant the tablelands area was during WW2. They had 100,000 soldiers posted locally in camps and also had the largest military hospital in the southern hemisphere that treated approx 60,000 soldiers during the war. There are still some igloos up there to see along with other war relics and even just to do roadworks they need to bring in specialists to check for live ammunition before they start digging. Most training for the 2nd and 9th battalions was conducted on the tablelands so if you had an ancestor in either one of those make sure you get up there and have a look…
The volunteers at the Tolga Museum will be very happy to help you in anyway they can (they really were fantastic).

Looking for more Things to Do 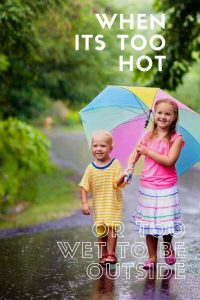 CAIRNS INDOOR ACTIVITIES FOR KIDS Cairns – perfect one day, stinking hot, humid and wet the next Cairns indoor activities for kids. Looking for some